In 1976 Fred & Toshi D’Elia and a handful of friends founded the North Jersey Masters as a running club that would be “dedicated to the improvement of the individual road and track runner by providing professional coaching within a supportive club environment …By running in groups with others of similar speed and by learning training techniques through shared experiences, members dramatically improve and reach their potential. We race ourselves, other members, other teams, or just run for pleasure.”

Three decades later the NJM is Bergen County’s premiere running club and still adheres to the basic tenets on which it was founded. The title of “Masters” however, has changed in that it now reflects excellence rather than age. Today the NJM is larger, younger, and more competitive than ever before. It is nearly 600 members strong with runners from all age groups, beginner to competitive, male & female. Our members participate in all events that include the word “run”: track, cross-country, road running, biathlons, triathlons, and marathons.

The Club’s services are not only geared towards its basic mission, but to create an environment that can build a community of runners who will develop lifetime friendships. To that end, the club has identified communications and club activities as the key components to our success.

Learn More About Who We Are

reasons to run with us! 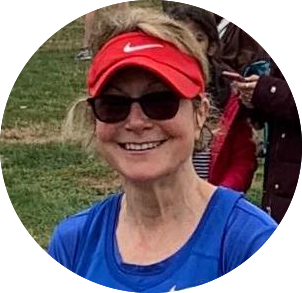 Learn about the various coached workouts and group runs the club offers each week throughout the year.

The club sponsors a variety of gatherings that stimulate camaraderie amongst the membership. The meetings are another chance to find runners that...

North Jersey Masters is a member (Club #0102) of the governing body of NJ racing, the USATF-NJ. It sanctions over 150 races per year in NJ, and...

All members of the club are addressed by:

Come to a workout, Group Run or a general meeting, we’re always happy to meet  fellow runners and answer any of your questions! Need something fast? Send an email directly to our Membership Chair. We’ll be happy to answer all your questions and get you up and running!